Find Your New Home
What Is My Home Worth 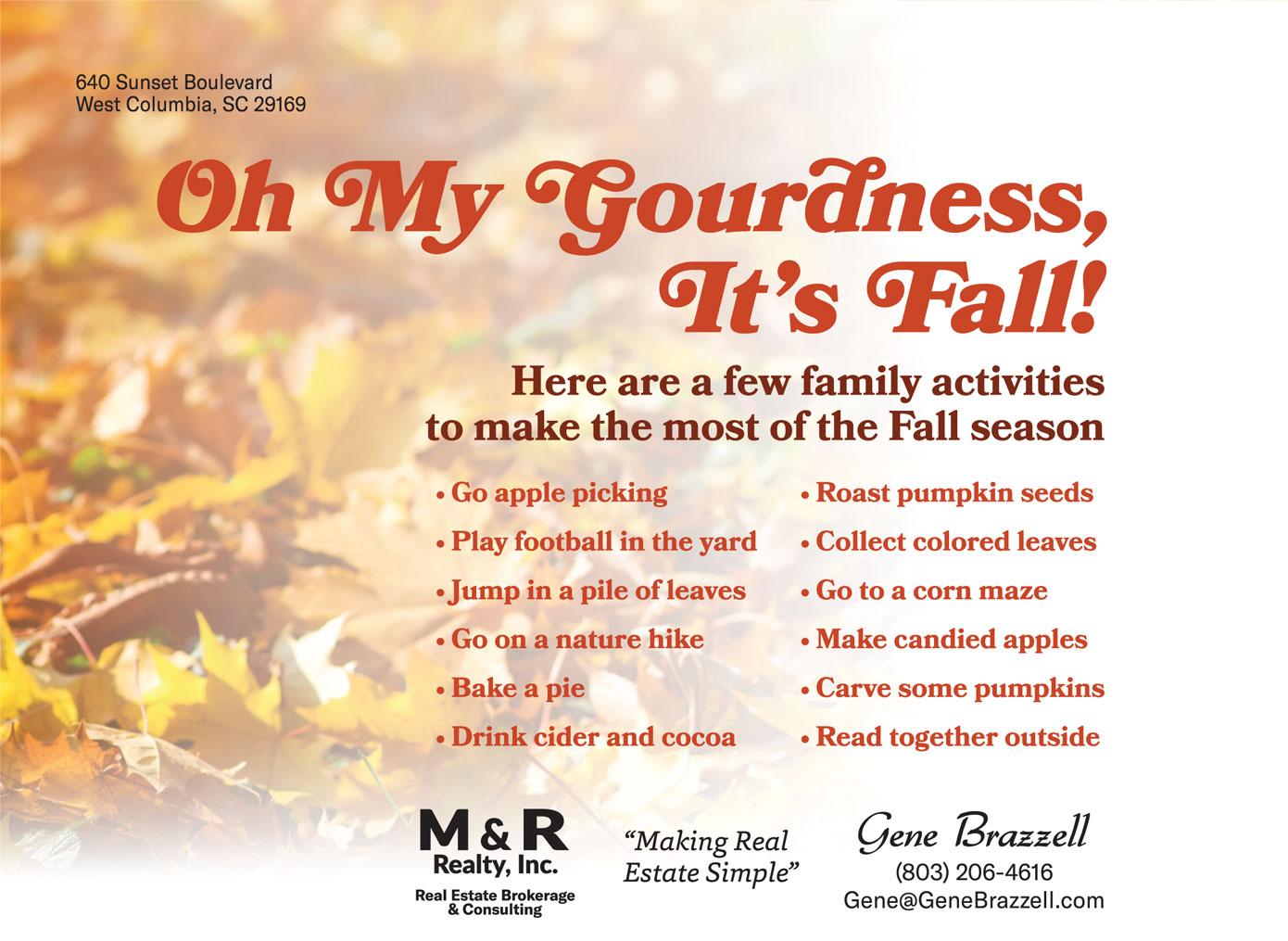 M & R Realty will be available for all clients during this period of unrest. Please feel free to call on us for your real-estate needs. We are working hard to maintain a ‘business as usual’ attitude, and will continue to assist our priority owners and future owners as needed. Please call our office at 803-791-1100 for assistance.

THREE STEPS TO A SIMPLE TRANSACTION

Meet to discuss your needs and timeline

Getting to know you, learning your needs and helping you is our primary focus. This allows us to pinpoint your desires and helps us meet your needs quickly and efficiently.

Customize a plan and a strategy

Customizing a plan and a strategy for you and your home is a priority for getting what you want. We know today’s market – it takes more than a listing and a sign.

We’ll handle the details from showings to financing, negotiations, inspections and the closing process. We strive to make it simple for you.

FOUR ANSWERS TO QUESTIONS YOU MAY HAVE

Gene Brazzell works with you to develop a tailor made marketing plan specifically designed to highlight your home’s best features and selling points to it’s most likely prospective buyers.

We work with all types of buyers. As a buyer’s agent we provide you all the information and resources you need to find your “perfect new home.”

See ALL AREA homes with all the information that you need and other information you can not find anywhere else! See every home for sale in the Midlands area!

Let us give you an FREE home evaluation of your home’s current value!

The average U.S. mortgage rate for a 30-year fixed loan fell to 2.8% this week, another record low, Freddie Mac said in a report on Thursday. The rate fell one basis points from the week prior and is now six basis points lower than the original all-time low set in mid-September.

After this week’s dip, there have now been 13 consecutive weeks when average mortgage rates have been below 3%, and rates have broken records 11 times this year.

“Mortgage rates remain very low, providing homeowners who have not already taken advantage of this environment ample opportunity to do so,” said Sam Khater, Freddie Mac’s chief economist. “Mortgage rates today are on average more than a full percentage point lower than rates over the last five years.”

In March, in an effort to buffer the economic blows from the shutdown, Federal Reserve Chairman Jerome Powell announced the Fed would start buying bonds to prevent a credit crunch and make borrowing cheaper. According to Fed data, the central bank has bought over $1 trillion in bonds backed by home loans since then.

While purchase loans are seeing record-low rates, the adverse market fee imposed on refinance loans by the FHFA in August make record lows for those loans unlikely.

“As you know, safety and soundness is one, two, and three for us,” said Fannie Mae CEO Hugh Frater. “And for us to play our role in all markets, good and bad, markets small and large, we have to do it safely and soundly with long-term risk management in mind. And that’s the rationale for this change, as the GSEs are shouldering significant risks associated with the pandemic — as the principal risk taker, we have to price that risk appropriately.”

He added that while the housing market has demonstrated real resiliency, “many millions of borrowers are under stress, there’s still significant risk caused by economic uncertainty both in the near term and the longer term. And we’re required by law and regulation to be compensated for these risks and these costs.”

Freddie Mac CEO David Brickman struck a similar tone, saying that the GSEs have provided “extraordinary support” to the market.

“Costs have changed, risks have changed. What we put in place is an appropriate and prudent response to that change in the external environment for us to support struggling homeowners.”

They both noted that with interest rates still low, borrowers will realize savings, even with the 50 basis point refinance fee factored in. “But obviously, anybody who’s refinancing their mortgage at a lower rate is already beginning to save in terms of their mortgage payments, this only means they save just a little bit less than they would have otherwise,” said Brickman.